After the smartphone revolution, there has been an increasing demand for mobile apps for almost every purpose. In fact, every business including emerging start-ups is investing in mobile app development to digitally transform their business. Furthermore, it provides them with the scope of improving their existing customer service, exploring new markets, and gaining a competitive edge.

Traditionally, mobile apps were developed through the native approach Usually, this is a time-consuming and challenging approach to developing mobile apps. For this reason, many businesses prefer using the cross-platform development approach to create their apps for multiple platforms at once.

React Native has become the most prominent framework for developing cross-platform apps. Above all, businesses often hire React Native app developers to save the time and effort usually spent in a long development process. In this blog, we are going to talk about the reasons for choosing React Native for mobile app development in 2022.

Before we talk about the reasons, it is important to learn about the React Native framework;

What is React Native?

In order to develop a single native app for different platforms, the developers have to utilize different codebases. This made the process complex, cumbersome, and time-consuming. For this reason, in 2015, Facebook came up with React Native framework. It is an open-source framework used for developing cross-platform mobile apps by using the same codebase.

They can rely on a single codebase to develop mobile apps for Android, iOS, the web, Macintosh, Windows, Linux, etc. React-Native For Mobile App Development provides incredible flexibility and saves time. For this reason, a prominent mobile app development company would often suggest you go for React Native app development.

Reasons for Choosing React-Native for Mobile App Development in 2022

Developing a Native app requires higher technical expertise and a considerable amount of time. Furthermore, start-up businesses don’t have much time and enough resources to invest in native apps for each individual platform.

Therefore, this improvement in development time also shortens the time-to-market of digital products. Ultimately, the businesses are able to obtain instant recognition and a competitive edge in the market.

The incredible robust architecture of React Native is known for providing an almost native-like experience. In fact, the end-users are hardly able to distinguish between native apps and React Native apps.

The extensive tools and libraries found in React Native are very helpful in creating an almost native-like look and feel. For this reason, many prominent businesses and start-ups are rushing to hire a trustworthy React Native mobile app development company.

However, this might not be possible with Native app development where you have to write separate code for individual platforms.

These robust built-in capabilities enable the developers to take full advantage of this framework. Above all, developers are able to achieve a greater level of customization by using Framework’s in-depth customization abilities with ease.

The development cost is a very factor, especially for start-ups and emerging businesses. In fact, it might not be possible for them to invest tons of resources in just mobile app development when they also have other important things to consider.

Building dedicated native apps for each platform multiplies the expenses of mobile app development. Therefore, React Native becomes a sensible choice to save a lot of resources usually spent on a cumbersome and long development process. Plus, you don’t have to hire specialized talent for each platform since React Native developers can handle multiple platforms with ease.

Instead of building anything from scratch, your developers can rely on UI libraries, widgets, built-in components, third-party plugins, and other components that make the process cost-efficient.

Ultimately, businesses are able to stick to their budgets and avoid overspending on mobile app development. With simple solutions, they can expect to have better ROI.

Being launched in 2015, React Native framework has built a huge community of tech enthusiasts and developers. Therefore, your project will always have a good technical backup from a huge community. If any issue occurs with your project, there are so many forums that can help you overcome your challenges.

This is perhaps a no-brainer! Developing a React Native app gives you access to multiple platforms in a very short period of time. Your cross-platform mobile app can work on multiple platforms and devices to provide you access to a wider audience. You can able to create your digital presence on Android, iOS, the web, Windows, and Linux at the same time. Ultimately, you have better chances of converting potential customers into loyal ones with a wider audience.

Developing a mobile app on your own could be a very challenging and time-consuming task. For this reason, it would be highly advisable to hire a prominent React Native app development company to develop your cross-platform mobile apps. They will have the right experience and technical expertise to handle your complete requirements with ease. Ultimately, their assistance will help you build a robust application with cost-effective measures.

Erma Winter is a professional React Native app developer at MobileCoderz, a leading React Native app development company. With over 6 years of experience, she and her team have developed dozens of cross-platform mobile apps for clients from diverse industry verticals. Lastly, apart from her professional life, she takes a keen interest in horse riding and playing with her pets.

Also Read: Why React is the best choice for your next web development project 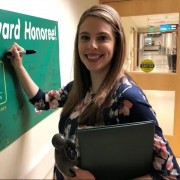 10 Reasons To Use A Temp Agency In Abbotsford!

A Will Lawyer Take My Case!

10 Reasons To Use A Temp Agency In Abbotsford!

A Will Lawyer Take My Case!

What Is Assignment Help?