For businesses, it has become more of a necessity to transform their services using a mobile app so that they can successfully reach out to a huge customer base. Apart from this ability, it is equally vital for them to be able to achieve cost efficiency and automate their operations as well. This is where enterprise apps come in handy.

When talking about these applications, they focus mostly on internal operation management, to automating how customer relationship management is performed. For all these to be achieved, it demands that the best tech stacks be used.

These days, a myriad number of businesses are looking to build customized enterprise apps to improve efficiency and provide better customer service.

But before you develop a mobile app for your business, you have to ensure that you choose the right technology stack and tools for the job. There are many tools available for mobile app development, but among them, Flutter is highly popular.

Flutter has been widely utilized by startups, small to mid-sized businesses, and enterprises due to its cost efficiency.

Want to know why? Continue reading.

Flutter is an open-source UI software development kit whose creation was done by Google. Built with the purpose to accelerate the pace of cross-platform app development so that the application can work conveniently across iOS and Android. Slowly and steadily it is seeing its popularity gaining traction among enterprises as well. It is observing its use for building enterprise apps.

This is due to the presence of some unique features in them.

Features of Flutter Giving It a Standout Appearance

Some of the features that give Flutter a standout appearance are:

Thanks to its development done by Google, and presenting the above-listed advantages, it is undoubtedly a boon in disguise for those who wish to use it for building mobile apps.

Many industry domains use Flutter app development services. One very prominent among them is enterprises. In other words, for enterprise app development, the tech stack is finding its utilization.

The first and foremost requirement of an enterprise app is to possess a buildup that allows a large team of developers to work on the codebase at the same time, apart from giving them an easy understanding of the app features. This is where Flutter comes in handy.

Possessing simplified networking for web resources, and SQLite databases, productivity gets boosted and allows in achieving the areas spoken about above.

Apps get the flexibility to run faster at an altogether accelerated speed using the tech stack. This is due to the reactive programming system reducing the desired number of operations by 60%. Also, with the presence of unique animations, the user experience gets boosted and enhanced to a greater extent allowing thereby retaining users- keeping them engaged with the end solution for a considerably long time indeed.

Developers get a point-to-point explanation of the errors they made during programming while using Flutter app development services to build an enterprise app. This makes it easy to locate the root cause of the error and get it rectified. This in the end goes on to save considerable time for developers. Also, it allows in preventing the stress they usually go through during development as a very less number of stock traces will require decoding.

Hence, if you want to create an enterprise app that works at a reasonably faster speed with an interactive UI, to say the least, use Flutter.

It will allow you to accomplish the objectives such as:

In short, by implementing Flutter for enterprise app development, you can boost UI performance and pass security tests.

Reading this exhaustive article on Flutter app development services and their contribution to building an enterprise app, it becomes clear that the framework has an extremely significant role to play if used for the purpose. This is because the end solution will deliver high performance always.

Want to know other reasons why it is a boon in disguise for these solutions? Check out the points below to get a grasp on this.

Flutter is the fastest growing framework with enormous potential courtesy of the backup it receives from Google. Using a single codebase, and possessing a library that constitutes the best set of widgets, if used for enterprise app development, it will allow to automate business efficiency and perform better. 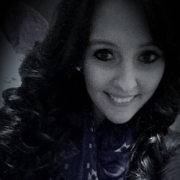 I am a project coordinator at XongoLab Technologies, a reputed mobile app development company. As a hobby, I love to write informative articles and share my knowledge through content marketing.

How Can A Crm Support The Company's Growth?